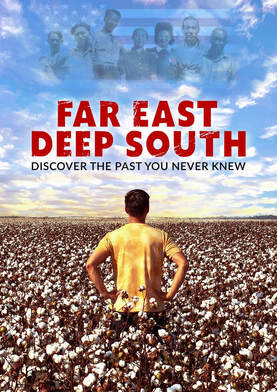 As a human nature, finding the roots must have been on everyone’s mind at one time or another. Far East Deep South is an enjoyable documentary that follows the journey of two Chinese-American brothers who seek to know more about their family history. Surprisingly, the place where they end up turns out to be a small town in the Mississippi Delta.

The film demonstrates the devastating personal consequences of one of the most unjust and discriminatory laws in U.S. history, the Chinese Exclusion Act of 1882, and gives an entertaining and unexpected history lesson. The historical roots of many issues we are facing today in our society are discussed in the film, ranging from segregation, race relations, and equity in education.

These are history lessons that all Americans need to know. Therefore, the Belmont Celebrates AAPI Heritage volunteers and the Chinese American Association of Lexington (CAAL) will kick off this May's AAPI Heritage Month celebrations by hosting screenings of this award-winning documentary (details below) and a live virtual Q&A session facilitated by two high school students from Belmont and Lexington with the film producers on Friday, April 29.

This event is funded by the Belmont Celebrates AAPI Heritage Fund, the Chinese American Association of Lexington (CAAL), and a grant from the Belmont Cultural Council (BCC), a local agency which is supported by the Mass Cultural Council, a state agency. For more information about the film, please watch the official trailer and visit www.fareastdeepsouth.com.
Four free in-person screenings

• Streaming through the library's Kanopy service

​Register here or scan the QR code below to get a private link to watch the film between 6:00 am EDT April 23 and 11:59 pm EDT April 30. The link will be sent to the registrants on April 22.

BALDWIN CHIU teamed up with his wife, Larissa Lam, to produce Far East Deep South, and is also one of the film’s subjects along with his family. Chiu is a graduate of the Act One film producing program and his family’s story has been featured in major media outlets such as CBS, USA Today and NBC News. Born in San Francisco and raised in Sacramento, Chiu is a fierce advocate for the increased inclusion of Asian American history in schools and has spoken at numerous Fortune 500 companies, conferences and universities. For his work documenting the Chinese American experience, he received a special award at the Chinese Railroad Workers Descendants Association 150th Anniversary Golden Spike Conference and in 2018, he was named as a Mandarin Leader honoree. Additionally, Chiu is also a rapper known by his MC name, Only Won, who gained recognition for his viral videos, “Cantonese Boy,” and “Asian Americans Make History.”

LARISSA LAM is a member-owner of New Day Films and directed the award-winning documentary, Far East Deep South, about Chinese families in Mississippi during segregation. The film made its broadcast premiere in May 2021 on the World Channel/PBS series, “America ReFramed.” The film has won numerous awards at film festivals such as CAAMFest, Cinequest and Seattle Asian American Film Festival. She is a native of Diamond Bar, CA, and a proud UCLA Bruin. She previously directed the acclaimed short documentary Finding Cleveland, and was part of the Smithsonian's History Film Forum Emerging Filmmakers Lab. She is the 2021 winner of the Mary Pickford Award for Outstanding Achievement in Filmmaking. Before entering the film world, Lam carved out a distinguished career in music releasing four critically acclaimed solo albums. Her song, “I Feel Alive” won the Hollywood Music in Media Award for “Best Dance Song and as a composer, she has written music for film and TV projects such as The Oprah Winfrey Show. Lam is a frequent speaker on issues of diversity and the Asian American experience at Fortune 500 companies and major universities. She has also been featured on CBS News, Los Angeles Times, NPR and many other major media outlets.